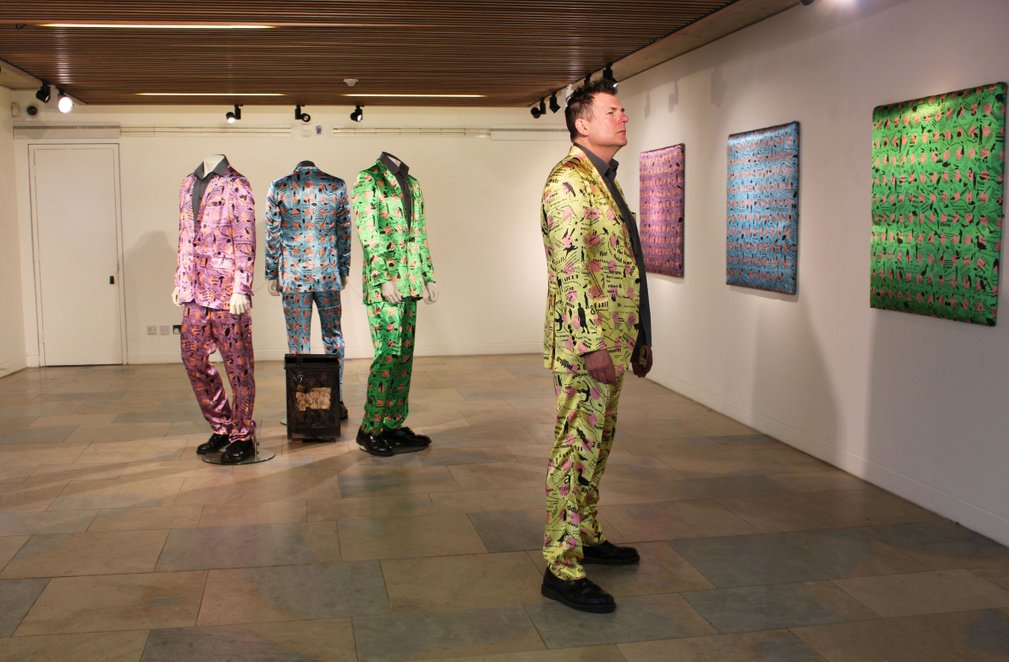 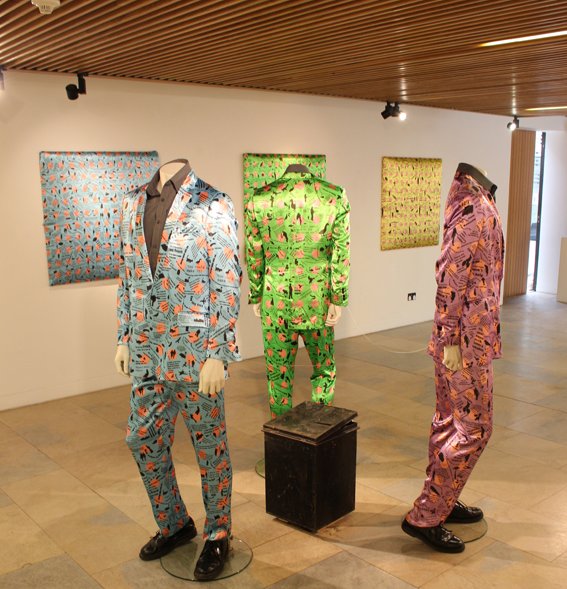 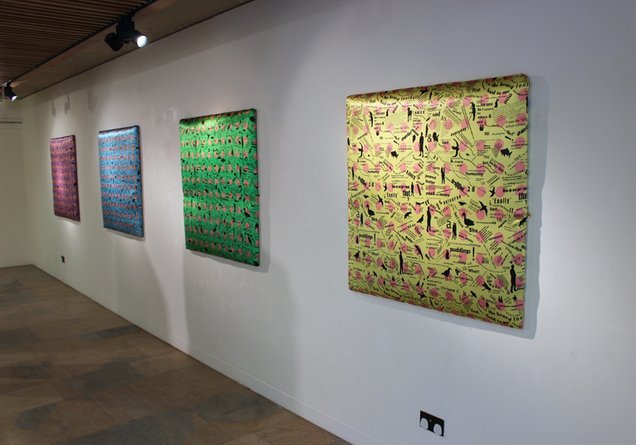 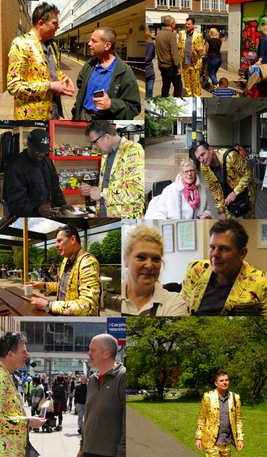 During 2016 Tom Hackett undertook a series of conversation walks, working his way up the East Midlands, spending several days in Corby, Nottingham and Lincoln. Collecting conversations  to turn into suits as artworks. He started off by wearing a brightly coloured bespoke two piece suit made up from his own fabric design. This featured printed fragments of dialogue gathered over time. This attracted the curiosity and interest of passers-by and sparked conversation. As dialogue struck up, Tom made notes. He then used the words combined with drawn block images from each place to design a new fabric and a conversation suit for each of the three distinct towns.

Conversations were reactive rather than steered and ranged from; football, fishing and art to Brexit, divorce and dog custody. Talk encompassed both the local, and the international, the personal and the political.The resultant suits along with the fabrics (hung like canvases), were on show at The Courtyard Gallery, The Collection, Lincoln. Each standing as a kind of celebratory townscape generated through a series of incidental, un-scripted encounters. Each a unique record of meeting people in a particular place and time.

As well as the Lincoln, Corby and Nottingham suits, the words collected have been published as a free tabloid take away newspaper which will be available at the gallery. The exhibition also features a collaborative sound work put together by artist Julian Woodcock who has re-recorded the conversation fragments. Spoken by different voices to the originals phrases are mixed into a dynamic interplay of voice, accent and emphasis, this adds a rich third layer.

Conversation Piece was developed in association with Fermynwoods Contemporary Art and The Collection. It is supported by public funding by Grants for the Arts, Arts Council England. Elements of the project toured to CUBE Corby. 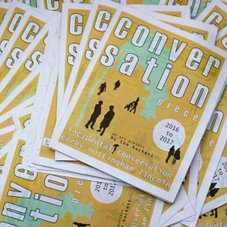